Although the court clerk may offer for you a meeting with the prosecutor to “Avoid a Contested” trial, the benefit maybe to the court and not you…

Early Resolution or First Attendance are meetings held before a court date, to encourage the driver to plead guilty to a reduced charge. The meeting is held with a provincial prosecutor from the court.

Originally these meetings were designed for simple cases like forgetting your insurance slip or drivers licence.

Rather than tie up court space and the police officers time, the court arranged these meeting to resolve the issue. e.g. you brought in the insurance, showed it to the prosecutor and they dropped the charge.

The Court Wants You to Plead Guilty

The court learned that through meetings with the prosecutor they could convince people to plead guilty by: 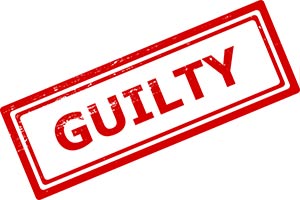 The court and prosecution office didn’t care that drivers didn’t:

The court saved hours of court time and officers didn’t have to appear at court. Justice was circumvented to save money and time without regards to the drivers insurance rates.

Why You Don’t Want a First Attendance Meeting

Drivers who attend First Attendance or Early Resolution meetings must appear at the courthouse at a time designated by the court. In most jurisdictions if you fail to appear you will be convicted in your absence.

Plan to spend two (2) hours or more hours at the courthouse.

At the first attendance or early resolution meeting:

Any resolution or deal that the prosecutor may offer will still go on your driving record, the resolution may have no real benefit to the driver.

Appearing Before the Judge

Once everyone has met the prosecutor, everyone must wait again to appear before the judge.

The prosecutor tells the judge:

Any chance to have the ticket dismissed completely either on a technicality (e.g. the officer doesn’t appear) or otherwise is gone.

Once the driver pleads guilty:

Many times reduced charges or saving demerit points are pointless resolutions as the insurance will still be affected.

Most drivers would be better off requesting a trial and having the chance of winning, than taking a worthless deal from the prosecution.

Make sure you understand all of the penalties for a speeding ticket including the hidden penalties before accepting any reduced charge.

When the driver does not accept the prosecutors reduced charge, the case will be put over for trial and a court date will mailed many times months in the future.

Even if you plan on accepting a reduced charge later,  it is best to accept the resolution on the trial date rather than the early resolution date from an insurance point of view.

On the trial dates, resolutions are usually still available.

Where the police officer fails to attend court the charge will usually be dismissed.

Once you have requested a first attendance date and you are looking to prolong the ticket coming to trial, you may at anytime appear at the court, and withdraw the first attendance request, and file for a trial date.

Some courts have very quick court dates, most are in the four (4) to six (6) months range, but court dates a year away are possible, saving any insurance increase from occurring for a year.

If you are fighting your speeding ticket and your court date is approaching, you may apply for an adjournment request to postpone your trial date, if you have a valid reason for doing so.

You may not, at anytime while dealing with the court, mislead or lie to the court, which would be a criminal offence.