The police can follow a behind a vehicle and measure the speed with the police vehicle.

Police officers may use any form of measuring the speed of a motor vehicle, including using the police vehicle.

The office can measure the speed of a moving vehicle by: 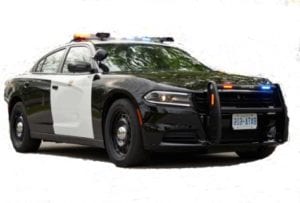 In traffic court, if the speed clocked is greatly in excessive of the maximum allowed, the court would probably convict the driver of speeding.

The court may convict the driver even in the absence of tests (e.g. the officer tests the speedometer of the police vehicle) as to the accuracy of the speed measuring.

The court may not require testing where there is a high speed and it would be obvious that the driver was speeding, for example:

This means that if the police officer gives evidence that over a measured distance his speedometer recorded steadily the speed alleged, this is prima facie evidence.

What is Prima Facie Evidence

Prima facie evidence is evidence that if undisputed would allow the court to enter a conviction.

Prima facie evidence is sufficient to establish the fact of speeding unless rebutted, the evidence that the defendant was driving at the speed recorded by the police officer.

In the absence of some evidence, elicited either on cross-examination or by defence witnesses, that would suggest that the police speedometer was inaccurate, this is enough to convict.