The conviction is registered under a reciprocal agreement between Ontario and NY State. 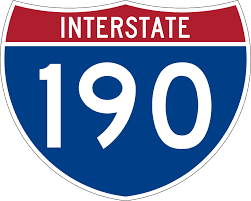 Where a driver is convicted in NY State of speeding, the conviction is forwarded by the NY State to the Ontario Ministry of Transportation (MTO).  The MTO puts the NY State speeding ticket on the Ontario driving record.

The conviction stays on the driving record for 3 years and is available for the insurance to see and base your rates upon.

The ticket will be recorded by the Ontario Ministry of Transportation as an “Out of Province Conviction”.

Any equivalent demerit points including licence suspensions are applied to the licence.

New York State is a completely different country from Canada.

Although the laws for speeding may be similar, there can be completely different applications of the law and how drivers are treated.

In Ontario, the traffic court system works relatively the same throughout the province.

In New York State, the traffic courts are may work independently from each other, set their own standards, fines and penalties.

Where an Ontario driver is convicted of a New York State speeding ticket, the ticket comes back to Ontario with the following penalties:

Any conviction for a New York State traffic ticket comes back to your Ontario drivers licence for 3 years from the conviction date, including any demerit points.

The conviction for a a New York State speeding ticket will be listed as an “Out of Province Conviction”.

Different from Ontario, a lawyer must represent a driver in the traffic court.

The New York State lawyer may be able to;

The lawyer would know the law, local court system and resolutions, like dropping the speeding ticket to just a fine, non-moving violation, or how to save your demerit points.  The lawyer will know the who, what, where of the traffic court system.

Typical fees to fight a speeding ticket in New York State are five hundred dollars or less for most tickets.